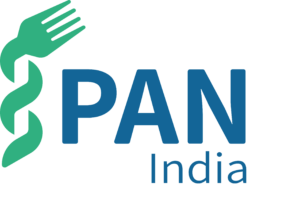 Find out more about the PAN India team and their activities here.

The Physicians Association for Nutrition India (PAN India) was established in 2022 as part of the PAN International network. We align with the global strategy of PAN International on our mission to integrate nutrition-specific interventions into health systems in India by empowering healthcare professionals with the tools, techniques and know-how to treat their patients with the power of evidence-based nutrition.

India is home to more than a sixth of the world’s population (1.34 billion) and has been witnessing a rapid epidemiological transition, a shift towards chronic non-communicable diseases along with socio-economic development. As per 2022 statistics, non-communicable diseases in India account for 53% of all deaths and 44% of disability-adjusted life-years lost. India has the second highest number of people with diabetes in the world with around 77 million living with diabetes and a projection of 134 million by 2045. One 5th of all deaths in India are prematurely due to cardiovascular disease, and the country is currently experiencing a steep rise in hypertension both in rural and urban populations.

Seemingly innocuous, the financial costs of chronic diseases are staggering. In India, most of the expenditure on healthcare is out-of-pocket due to low health insurance penetration, making it even worse for the general public. Individuals have to deal with long-term debt after hospitalisation, which is definitely not a sustainable model.

Though we all know that the foremost method of curbing the chronic disease burden is to address dietary and other lifestyle habits, due to gaps in the curriculum, our doctors are inadequately trained and not equipped to facilitate this, resulting in higher reliance on a pharmacological approach.

PAN India’s mission is to educate healthcare professionals about Evidence-based Nutrition, disseminate relevant information among the general public and expand our international network thereby updating our knowledge base. It will eventually lead to the control and curbing of the spread of chronic diseases in the country.

Empower healthcare professionals to use whole food, plant-based nutrition as first-line management for treatment and prevention of NCDs, thus, eventually reducing diet-related deaths and lowering the environmental footprint and preserving the biodiversity of the planet.

RAISE AWARENESS AMONG THE GENERAL PUBLIC

Creating public awareness is the first step towards building a healthy nation and a healthy world. PAN India will focus on media advocacy, conducting webinars and events to spread awareness about the power of plant-based nutrition to prevent, manage and reverse diseases.

PARTNERSHIPS WITH ORGANISATIONS WORKING IN THE FIELD OF NUTRITION

Increase knowledge integration and sustainability of programs and projects through partnerships and collaborations with like-minded organisations.

As part of its global strategy, PAN India will also focus on expanding its international network. 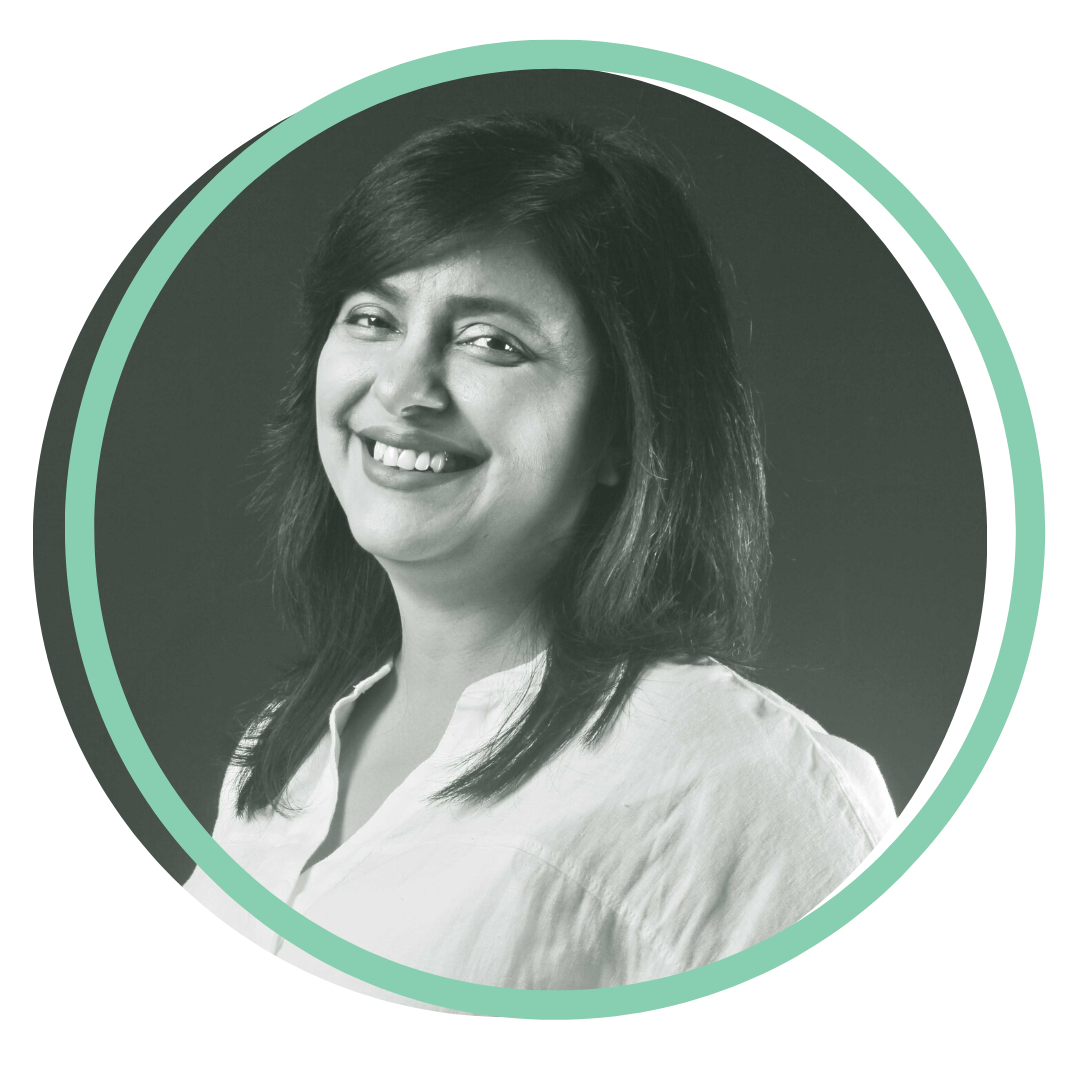 Dr. Sanjana M Sikri is an expert public health professional with a degree in Medicine along with a Fellowship in HIV Medicine and an MBA. She has 22 years of experience in developing and leading programs throughout India and South Asia. She has a strong orientation to multiple thematic areas such as Improving Access to Primary Healthcare and Public Health Programming in the areas of Women and Child Health (RMNCH), TB Control, HIV/STI, Non-Communicable Diseases (NCD), Childhood Diarrhoea, Childhood Pneumonia, Immunisation of Children and Family Planning.

As Manager Programs for Smile Train, she forged successful partnerships in India, Sri Lanka, Bangladesh and Nepal. As Medical Director for World Health Partners, she developed technology and management systems to ensure effective healthcare delivery channels for the rural population of India, increasing access to quality care. She is an expert in creating ‘care pathway’ algorithms and helped create innovative apps for midwives in India. As Country Director for the Indian Medical Association’s Global Fund, she helped educate healthcare providers across 22 States to implement international standards of care. She was the Lead Program Specialist with Pathfinder Health India and set up one of India’s first ‘Out Patient Care Programs’ for street children at New Delhi Railway station. This program went on to become a model initiative for Family Health International, a not-for-profit human development organisation based in North Carolina, USA. 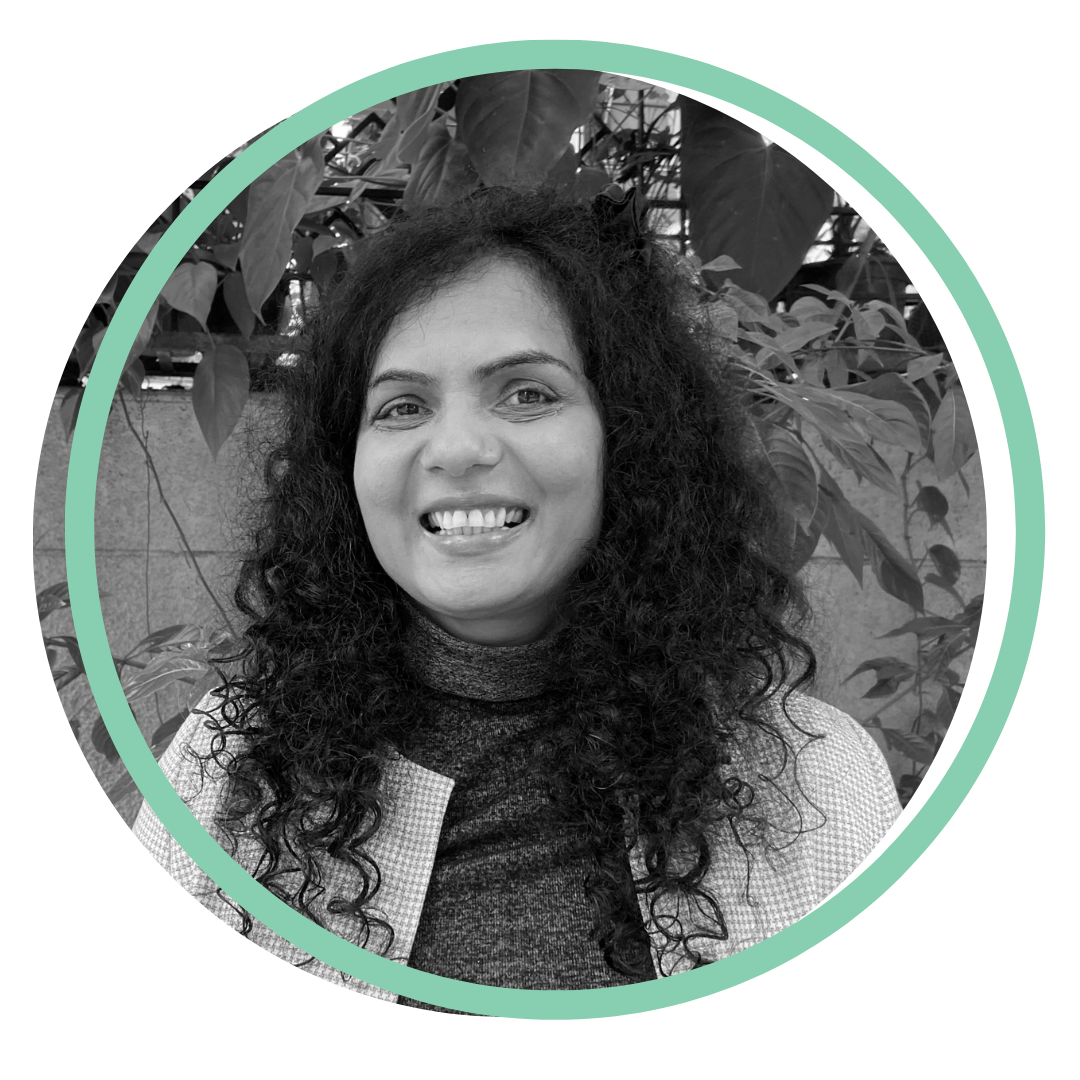 Dr. Rajeena Shahin is one of the most ardent champions of transforming healthcare with therapeutic lifestyle interventions in India. She has completed an MBBS from T.D. Medical College, Kerala, India and holds a Masters in Business Administration from Bharathidasan University, Trichy, TN, India. She is a DIPLOMATE for Specialization in Lifestyle Medicine Physician from the International Board of Lifestyle Medicine (IBLM). She founded a health-tech platform facilitating comprehensive therapeutic lifestyle interventions for managing lifestyle disease & has transformed the lives of more than 2,000 clients as of 2022.

Dr. Shahin holds the firm belief that individual lifestyle choices have far-reaching impacts and are inextricably intertwined with planetary health and sustainability. She sees herself as a catalyst and ardent advocate of the movement to transform global healthcare systems with lifestyle & primarily plant-based nutrition at the core.

Visit PAN worldwide page
We use cookies on our website to give you the most relevant experience by remembering your preferences and repeat visits. By clicking “Accept All”, you consent to the use of ALL the cookies. However, you may visit "Cookie Settings" to provide a controlled consent.
Cookie SettingsAccept AllReject All
Manage consent

This website uses cookies to improve your experience while you navigate through the website. Out of these, the cookies that are categorized as necessary are stored on your browser as they are essential for the working of basic functionalities of the website. We also use third-party cookies that help us analyze and understand how you use this website. These cookies will be stored in your browser only with your consent. You also have the option to opt-out of these cookies. But opting out of some of these cookies may affect your browsing experience.
Necessary Always Enabled
Necessary cookies are absolutely essential for the website to function properly. These cookies ensure basic functionalities and security features of the website, anonymously.
Functional
Functional cookies help to perform certain functionalities like sharing the content of the website on social media platforms, collect feedbacks, and other third-party features.
Performance
Performance cookies are used to understand and analyze the key performance indexes of the website which helps in delivering a better user experience for the visitors.
Analytics
Analytical cookies are used to understand how visitors interact with the website. These cookies help provide information on metrics the number of visitors, bounce rate, traffic source, etc.
SAVE & ACCEPT
Powered by