The Power of Nutrition (Part 5): The Human Microbiome – Do we need to redefine ourselves?

50 to 70 percent of the cells within our body are not human 1). They are from microbes and bacteria that inhabit our body – our skin, respiratory tract, and especially the gut. In the past decade, research and knowledge of the gut microbiome has increased exponentially. The term “microbiome” refers to the total number of microbes and their genetic material. Whereas our own genome contains roughly 22,000 genes 2), the protein-encoding, non-redundant microbial genes amount to 3.3 million 3), outnumbering the genes in our genome (the total number of all our genes) by about 150 to 1.

What exactly is the relation between microbes and humans?

We are only slowly coming to understand the profound connection that seems to have a tremendous influence on our health. We have been cooperating with microbes for as long as we exist, and “borrowing” microbial genes was an evolutionary shortcut to develop new capabilities.

But what does our gut microbiome have to do with nutrition and health? Microbial genes code for enzymes that help us break down food that we otherwise couldn’t digest on our own. Microbes in the colon are further able to synthesize small amounts of certain vitamins, such as B-vitamins, vitamin K, and B12 4). Certain microbes also produce molecules that fight harmful bacteria 5).

How do gut bacteria and the brain interact?

Microbial derived molecules enter the bloodstream and affect our metabolism. They affect how liver and muscle cells store nutrients and how they use glucose, they act as signals influencing whether we store the nutrients as fat or glycogen, and they influence how the cells react to insulin 6). Bacterial compounds even regulate appetite and weight, and they also have an impact on hormones and neurotransmitters, thus governing our mood, energy levels, and brain functioning 7). The microbiome might be one of the clues for how the brain-gut axis works. Studies have shown bidirectional interactions within this axis: the microbiota communicate with the brain using nervous, endocrine, and immune signaling mechanisms, while the brain uses the autonomic nervous system to modulate gut motility, intestinal secretion, gut permeability, and luminal secretion of hormones to directly modulate the microbiome and microbial gene expression 8). Alterations in the brain-gut-microbiome communication are suggested to be involved in the pathophysiology of irritable bowel syndrome, obesity, and several psychiatric and neurologic disorders 9)10).

What can food do for your microbiome and your health?

The food we eat is also food for our gut bacteria, and through our diet we determine which species are living there, with quite important consequences for our metabolism and physiology.
There are multiple factors influencing the gut microbiome composition of a person, e.g. infant feeding and delivery, geographical factors, medication, stress, and aging. However, one of the most important parameters is diet. Significant changes in the gut microbiota have been associated with dietary changes, especially consumption of dietary fiber derived from fruits, vegetables, and grains 11).

The microbiome composition varies widely across different populations and cultures. Comparing the gut microbiota of children living in a village of rural Africa with the gut microbiota of western European children, it was found that African children showed a significant enrichment in Bacteroidetes and depletion in Firmicutes, with a unique abundance of bacteria known to break down cellulose and xylan, completely lacking in the European children 12). Also, Enterobacteriaceae (Shigella and Escherichia) were significantly underrepresented in African compared to European children, and it was hypothesized that gut microbiota coevolved with the African diet, predominantly vegetarian and rich in starch, plant polysaccharides and fiber, allowing individuals to maximize energy intake from fiber while also protecting them from inflammation and noninfectious colonic diseases.

In contrast, the European diet that was high in animal protein, sugar, starch, fat, and low in fiber also led to a significantly decreased amount of short-chain fatty acids (SCFAs) in the gut, which are produced via fermentation of fiber by certain gut bacteria. SCFAs are of importance in gut health as they provide energy for enterocytes, but data also suggest that short-chain fatty acids exert antiproliferative, apoptotic, and differentiating properties. They might further also be able to directly affect metabolism, such as controlling body weight and diabetes via epigenetic regulation 13). Differences in the percentage of SCFA-producing polysaccharide-degrading microbiota might play an important role in the prevention of colon cancer 14). Comparison of the fecal flora of a large group of healthy volunteers on a strict vegetarian or vegan diet, with age and gender matched subjects consuming an omnivorous diet, revealed a significant difference similar to the one observed in African children 15).

The metabolites produced by gut bacteria enter the bloodstream by absorption and enterohepatic circulation may have an effect on the host, including anti-inflammatory and antioxidant activity, regulation of gut barrier function, and production of vitamins and energy sources 16). The microbial-derived water-soluble vitamins B1, B2, B6, B12, and folate also have an impact on the outcome of infections. For example, Kjer-Nielsen et al. documented that bacterial metabolites of vitamin B2 and folate activate special immune cells (T-cells of the MAIT type), which induce the release of cytokines, playing an important role in antimicrobial immunity 17). Also, it has been shown that vitamin B12 derived from the gut bacterium B. thetaiotaomicron reduces the activity of Shiga toxin 2 of enterohemorrhagic Escherichia coli (EHEC), its primary virulence factor 18). These data indicate that the synthesis of different water-soluble vitamins may help to affect the outcome of infections.

There is some evidence that the gut microbiome can be divided into three so-called enterotypes, which are characterized by certain functional markers 19). Several of these markers, e.g. starch degrading enzymes, correlate with age and body mass index. These enterotypes might be influenced by long-term dietary patterns 20). Even a short-term consumption of a diet either composed of animal or plant foods changes gut microbiota within 24 hours. For example, an animal-based diet decreases the number of Firmicutes and increases the proportion of Bacteroides 21).

However, studies show that enterotypes themselves remain stable over time 22) and are not likely to be switched completely, even in the case of dietary changes 23).
Enterotype 1 is Bacteroides-dominant and is prevalent in people with a diet rich in protein and saturated fatty acids. Enterotype 2 occurs in diets in which carbs are the main source of energy. It is predominated by Prevotella. Enterotype 3 is enriched in Ruminococcus, which degrades sugar and mucins. It is possible that the functional markers of different enterotypes might be useful when it comes to the diagnosis and prognosis of certain diseases, for example colon cancer or even metabolic disorders.

However, the concept of enterotypes has been questioned, and there is evidence available that enterotypes are probably not always strictly limited to three genera 24)25).
That is why another reasonable approach might be to categorize the microbiota of different populations according to their diversity. For example, a low bacterial richness seems to be a risk factor for pathological conditions such as obesity, insulin resistance, or low-grade inflammation 26).
Furthermore, not only do enterotypes or microbial diversity have to be taken into account, but also plasma metabolites originating from the gut microbiota. Comparing vegans with omnivores, it was found that their gut microbial composition was quite similar. Regarding their metabolome, 25 percent of the plasma metabolites differed between groups, and vegans also had more microbiota-derived metabolites 27).

The human genome project that was launched in 1990 had great hopes that by revealing our DNA sequence, we would be able to unlock the genetic basis for diseases, being able to develop medical cures based on genes. With an estimated number of more than 100,000 human genes, the ascertained finding of only around 20,000 human genes was quite unexpected. However, we’re hosting a second genome: the genetic material of our microbiome. According to the current state of knowledge, we are talking of a catalog of 10 million non-redudant microbial genes 28).

This brings us even further: the way we eat does not only influence our genes, it also has an impact on the genes of the microbes inhabiting our gut and their genes.
While our genome is fixed for life (apart from epigenetic modifications), our microbiome changes greatly over time, and it has the ability to influence our genes using epigenetic pathways. We have seen that certain bacteria produce SCFA, and they are able to directly affect metabolism via epigenetic regulation 29).

The metabolome derived from gut microbiota provides another promising opportunity to study the impact of food on disease development. We might expect new insights into the prevention, diagnostics, therapy, and prognosis of certain conditions. For example, the microbial composition could serve as a biomarker for disease risk or progression, and individualized nutritional recommendations based on a person’s microbial profile could constitute an effective and potentially causal therapy option. 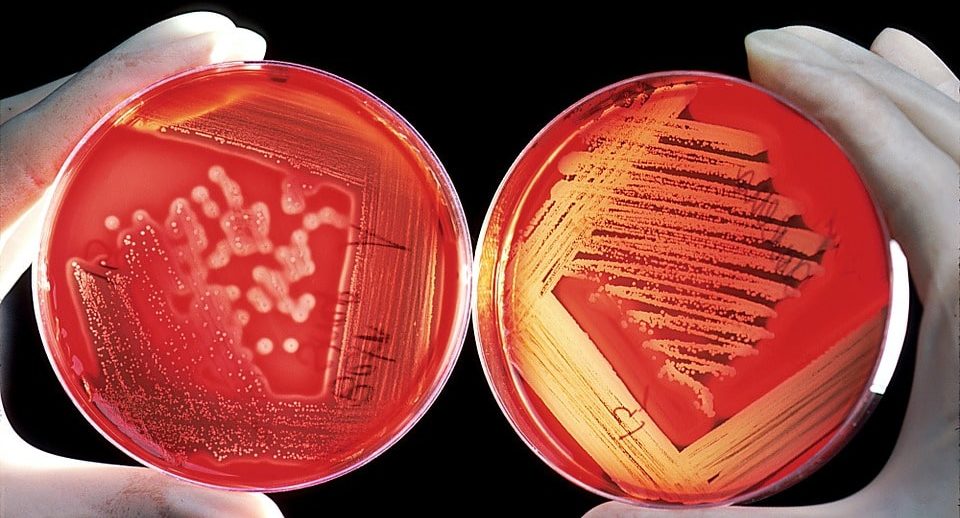