Due to its enormous medical and health economic relevance, a lot of effort has been put into conducting epidemiological studies focusing on hypertension and its association to nutritional factors. Providing only a hint towards potential causal relationships, what does the recent observational evidence say about diet and blood pressure? 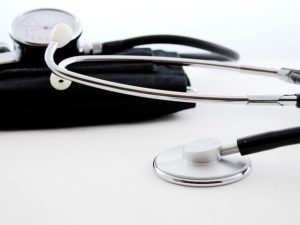 In general, observational studies indicate that a high intake of certain food groups such as whole grains, fruits, nuts, eggs, and dairy is inversely associated with risk of hypertension, whereas the consumption of red and processed meat and sugar-sweetened beverages increases the risk of elevated blood pressure. According to a meta-analysis of 28 prospective cohort studies, the association follows a dose-response curve1). However, the study authors rated the meta-evidence of their study as very-low to low and state that further high-quality research on dietary interventions and blood pressure is necessary to give definite recommendations. We will cover the evidence on intervention studies in section 5 of this article.

The beforementioned meta-analysis by Schwingshackl and colleagues2) examined four studies with 28,069 incident hypertension cases and found an inverse relationship between the risk of hypertension and whole-grain intake when comparing highest with lowest intake (RR: 0.86; 95% CI: 0.79, 0.93). An increase in whole-grain intake by 30 g/d was inversely associated with the risk of hypertension by 8% (RR: 0.92; 95% CI: 0.87, 0.98), following a linear dose-response curve.

The mentioned meta-analysis by Schwingshackl and colleagues3) found an inverse association between vegetable intake and the risk of hypertension comparing daily intake of no vegetables with an intake of 512 grams (RR: 0.96; 95% CI: 0.91, 1.01). Eight studies were included. For legumes, the researchers also found an inverse relationship comparing a daily intake of 0 versus 71 g/d (RR: 0.92; 95% CI: 0.86, 0,98).

Nuts also seem to be inversely associated with hypertension. A meta-analysis of nine prospective studies5) found that compared with rare consumers of nuts, people consuming more than two servings per week had an 8% lower risk of hypertension (pooled relative risk = 0.92, 95% CI: 0.87, 0.97).

This is in accordance with a former meta-analysis by Zhou and colleagues6)(0 versus 1 serving of nuts/d; RR: 0.81; 95% CI: 0.72, 0.91) and the results by Schwingshackl et al.7), who included four studies with 11,062 incident hypertension cases and describe a reduced relative risk of 15% when highest (37 g/d) with lowest (0 g/d) intake was compared. The association also followed a dose-response curve in the latter meta-analysis.

The observational evidence regarding dairy products is inconclusive. While some studies find an inverse association between dairy intake and hypertension others do not8)9)10)11).

However, most meta-analyses on observational studies show an inverse association of dairy food intake and risk of hypertension:

A meta-analysis by Ralston and colleagues12) examined the association between dairy food intake during adulthood and the development of hypertension, specifically comparing the association of blood pressure with the consumption of low-fat versus high-fat dairy foods, as well as cheese versus milk or yogurt. Looking at five cohort studies, the researchers found a relative risk of 0.87 for dairy consumption (95% CI: 0.81, 0.94). When high- and low-fat dairy products were analyzed separately, there was only a significant association with low-fat dairy foods (RR: 0.84; 95% CI: 0.74, 0.95). For milk and yogurt, a similar risk reduction was found (8%; 95% CI: 0.87, 0.98). There was no association between hypertension and cheese.

A previous meta-analysis on prospective cohort studies led by Soedamah-Muthu13) yielded similar results; however, in this analysis yogurt was not significantly associated with hypertension incidence.

The meta-analysis of Schwingshackl and colleagues14) examined nine prospective studies and compared a dairy intake of 0 with 800 grams per day. Highest versus lowest intake had a relative risk reduction of 11% (95% CI: 0.86, 0.93), and an increase in dairy intake by 200 g/d was inversely associated with hypertension risk by 5% (95% CI: 0.94, 0.97), showing a linear dose-response association. Interestingly, no differences could be observed when low- and high-fat dairy products were compared.

Fish intake does not seem to be associated with hypertension risk in observational studies15)16).

There have been similar results in previous meta-analyses18)19).

Vitamins, particularly B-6 (pyridoxin) and folate, play a role in hypertension. A Chinese study found that higher intake of vitamin B-6 is independently associated with lower risk of hypertension in Chinese rural adults. This association was the strongest among females with high folate intake20). Vitamin B-6 is abundant in whole plant foods, for example in chickpeas, potatoes, bananas and avocadoes. Folate is plentiful in fruits and vegetables, especially leafy greens and legumes, which provide both nutrients21). Additionally, vitamin C may reduce the risk of hypertension, either by itself or as an indicator of healthy eating habits22). Vitamin C deficiency is considered as a risk factor for hypertension23), and plasma ascorbate concentration correlates inversely with blood pressure24). Foods high in vitamin C content (measured as plasma ascorbic acid) are inversely related to hypertension. This suggests that hypertension risk can be reduced by eating foods rich in vitamin C such as whole vegetables and fruits, in addition to smoking cessation and other dietary habits that prevent ascorbic acid depletion25).

Large population studies indicate that too much sodium in the diet, especially in the form of table salt, is an important etiological factor for the development of hypertension26). In the INTERSALT study, a reduced salt intake of 5.8 g (100 mmol) was associated with 3.1 mm Hg lower systolic blood pressure27).

Regarding sodium and potassium intakes, potassium intake counterbalances the adverse effect of high sodium intake on blood pressure and suggests that diets rich in potassium might be more effective than an aggressive salt reduction to prevent hypertension28).

For haem iron (primarily derived from red meat), a population-based study34) found that a high intake is directly related to hypertension because it may lead to overload, which may promote lipid peroxidation, reactive oxygen species and stimulate the production of inflammatory mediators. Non-haem iron was inversely associated with hypertension. However, the results for these associations were not significant, which makes further research necessary.

Dietary plant nitrate intake has also been studied for control of hypertension. Jonvik and colleagues found that “ingestion of nitrate-rich beetroot juice, rocket salad beverage, and spinach beverage effectively increases plasma nitrate and nitrite concentrations and lowers blood pressure to a greater extent than sodium nitrate.”35) Others found that beyond a possible blood pressure lowering effect, inorganic nitrate supplementation may have multiple other beneficial effects, including improvements in endothelial function, reductions in the oxygen cost of exercise, improvements in cognitive function, protection against ischemia reperfusion injury and potentially positive effects on metabolism36).

Antioxidants also seem to exert antihypertensive effects. The Nurses’ Health Studies I and II and the Health Professionals Follow-Up Study, analyzing flavonoid uptake (including subclasses), revealed that study participants within the highest quintiles of anthocyanin intake (predominantly from blue- and strawberries) had an 8% lower risk for hypertension than the participants in the lowest quintile37).

These findings were also supported by a prospective cohort study of more than 40,000 French women: women in the highest quintile of total flavonoid intake had a 10 percent reduction in the risk of hypertension compared to women in the lowest quintile38).

The INTERSALT cross-sectional study39)40) has shown that higher protein intake can reduce blood pressure. A comparison of subjects taking 81 versus 44 g of protein per day showed that the blood pressure in the protein-rich diet was 3.0/2.5 mm Hg lower. In the MRFIT study41) even an inverse association of protein intake to blood pressure level could be determined. Animal protein seems less effective than non-animal or vegetable protein42). These results are supported by a prospective analysis of the so-called NutriNet-Santé Cohort study, that examined the incidence of hypertension among 80,426 French adults43). Comparing the fourth against the first quartile, they found a hazard ratio of 1.26 (95% CI: 1.11, 1.43) for animal protein, and a hazard ratio of 0.85 (95% CI: 0.75, 0.95) for vegetable protein.

In the Japanese Fukuoka Diabetes Registry, dietary fiber intake was associated with reduced prevalence of abdominal obesity, hypertension, and metabolic syndrome44). Dietary fiber is only found in plant foods and is abundant in whole-foods, plant-based diets. In the present study, fiber enhanced insulin sensitivity, which contributed to its blood pressure lowering effects, and a high intake was negatively associated with systolic blood pressure and hypertension45).

A recent cross-sectional study46) on adolescents showed that an increased dietary fiber intake (38 g vs. 12 g in men, 25 vs. 9.9 g in women) decreased blood pressure by 6.3/5.2 mm Hg for men and 3.7/3.0 mm Hg for women. However, only the absorption of soluble fiber (e.g. pectin, inulin, oligo-fructose, particularly found in fruit and vegetables) was associated with blood pressure.

Krupp and colleagues found significant positive relationships between elevated systolic and diastolic blood pressure in children and three dietary acid-load biomarkers (dietary and urinary potential renal acid load, and urinary net acid excretion) independently from BMI and height47). This is consistent with some other studies finding correlations between dietary acid load and hypertension in adults48)49)50). However, other studies failed to find an association between dietary acid load and blood pressure in older adults51)52).

In a separate study53), Krupp and colleagues noted that “Diets rich in fruits and vegetables, like the Dietary Approaches to Stop Hypertension (DASH)-diet, are usually characterized by high potassium intake and reduced dietary acid load, and have been shown to reduce blood pressure.”

According to Zhang and colleagues, “Contemporary Western diets contain acid precursors in excess of base precursors, which leads to chronic, low-grade metabolic acidosis.”54) Examining data from the Nurses’ Health Study II, they found an association between animal protein intake, net acid load and incident hypertension. Likewise, Hojhabrimanesh and colleagues found that, “a Western dietary pattern is associated with higher blood pressure in Iranian adolescents.”55)

Studies concerning single nutrients or food groups are needed for a better understanding of their association with blood pressure, but there are limitations concerning methodology and recommendations, since people eat meals consisting of various foods in different combinations, not single nutrients.

That is why research is focusing increasingly on dietary patterns, covering a broader picture of actual food intake and nutrient composition that is more relevant for the prediction of disease risk.

A systematic literature review in Brazil applying Mendelian randomization on the lactase persistence genotype found that this genotype was positively associated with BMI and overweight or obesity. However, there were no reliable meta-analytical associations between lactase persistence genotypes and blood pressure, which does not support the notion that milk intake is causally associated with lower blood pressure56).

Researchers of the Adventist Health Study-257) concluded that vegetarians, especially vegans, with otherwise diverse characteristics but stable diets, do have significantly lower systolic and diastolic blood pressure and lower odds of hypertension than omnivores (0.57 and 0.37, respectively). Compared to the vegetarians, vegans took fewer antihypertensive medications and, even after adjustment for body mass index, still had lower blood pressure readings.

A retrospective analysis of a dietary intervention cohort found that a low-fat, starch-based, vegan diet eaten ad libitum for 7 days results in significant favorable changes in commonly tested biomarkers that are used to predict future risk for cardiovascular and metabolic disease. Even though most antihypertensive and antihyperglycemic medications were reduced or discontinued at baseline, systolic blood pressure decreased by a median of 8 mm Hg (p < .001) and diastolic blood pressure by a median of 4 mm Hg (p < .001). For hypertensive patients (blood pressure ≥140 mm Hg at baseline), the blood pressure reduction was even more pronounced with a median of -18/11 mm Hg58).

The common theme in observational studies on nutrition and hypertension is that diets high in fruits and vegetables, legumes and whole grains, especially foods rich in potassium, magnesium, dietary fiber, vitamin B-6, folate, and nitrates, are associated with reduced blood pressure. Diets high in red and processed meat, salt and sugar are associated with increased blood pressure.

This article is part of the series “Preventing and Treating Hypertension with Diet“.